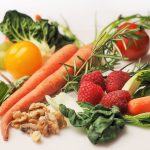 I’ve recently changed what I eat. There are so many reasons to eat essentially vegan that I expect to make this a continuing habit. Well, sure, I may bend the rules now and then, but the principles I’ve learned are shaping my eating habits.

What’s motivating me, more than anything, is my health. I’d like to stay at least as healthy as I am now, which is with no serious issues. Better yet, I’d like to say goodbye to lethargy, larger clothes, and brain fog. I’d much prefer to be energetic, slender, and clear-minded.

Also, not eating animal products is good for the planet. It was quite amazing to me to learn how many resources are used by animal agriculture. I was picking out some produce at our local food coop while chatting with a friend about vegan recipes. She stepped away, and another shopper thanked me for doing something so ecological.

My Path to the Whole-Food Plant-Based Way of Eating 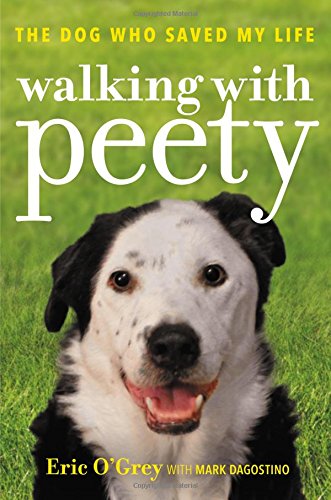 One day a few weeks ago, I came across a book at the public library. I love to read dog stories, so I checked out Walking with Peety: The Dog Who Saved My Life, by Eric O’Grey. The author weighed 340 pounds and basically lived on takeouts, sometimes pizza, sometimes Chinese. His doctor had told him he should buy his cemetery plot because he would need it in the next few years.

He decided he wanted to live and he went to see a naturopathic doctor. Before he went to see her, he decided he would do whatever she advised. She gave him instructions for a new way of eating and then she told him to go to the animal shelter, adopt a dog, and walk that dog regularly.

He followed all of her advice, including the dog, and within months his weight was much better. He was healthy and vibrant, and a lot of good things happened in his life.

The book is a great read. At the end of the book, there are recommended resources to find out more about what he did. I’m glad I explored some of them.

Forks Over Knives and Other Videos

Forks Over Knives is a documentary about the importance and the benefits of a whole-food, plant-based diet. I had heard of it before but I had never watched it. Having been a carnivore forever, I was skeptical. But my husband Kelly and I watched it one evening, and it opened my eyes. People who eat this way are less likely to suffer and die from heart disease, cancer, diabetes, high blood pressure, and other conditions. That got my attention! The history of my family includes unpleasant deaths from several of these.

The next evening, we watched another video produced by the same people, called PlantPure Nation. We watched a couple of others that Walking with Peety recommended too. I was getting intrigued. My slender, energetic husband encouraged me. More about him later. The links in this section take you to Amazon Videos but both programs are also on Netflix.

There are many nuances and variations in these categories, but in a nutshell, vegetarians eat a lot of vegetables and grains. They don’t eat meat and often don’t eat fish. They often do eat dairy. I had tried eating vegetarian when I was much younger, but had never stayed with it.

A vegan (pronounced vee-gan) diet includes no meat, no fish, and no dairy. Some people who are vegans don’t eat honey, as it is produced by bees, and don’t wear leather, since it is made from the skins of animals.

The doctors who are quoted in the videos we watched use the expression whole-food plant-based diet. This doesn’t include a lot of what could be called vegan junk food, that is, the heavily processed snacks from vegan ingredients that are found in health food stores and regular grocery stores alike. It does not completely exclude but it does minimize animal-based food. This is what I am doing. My quick descriptive phrase I’ve been using with friends is “essentially vegan.”

Here’s an article about the differences between eating vegan and eating the whole food plant-based way.

My next step was to read some books.

The book that totally convinced me to change my eating habits was How Not to Die, by Michael Greger, M.D.

The eye-catching title really means, as he explains, how not to die prematurely.

I read every page except the footnotes.

It’s divided into two parts. In Part One, each chapter title begins “How Not to Die From..” and is followed by such topics as heart disease, lung diseases, brain diseases, digestive cancers, infections, diabetes, high blood pressure and more.

Each chapter has enough scary facts to curl your hair plus information on the beneficial effects of changing to eating plant foods. (It does help that the doctor has a wry sense of humor. I had noticed that in Forks over Knives too.)

It then goes on to explain Dr. Greger’s Daily Dozen, each in its own chapter:

By the time I finished this fairly long book, I was convinced that I was going to be doing my health a huge favor to eat this way… and that there were plenty of delicious things to eat. While it’s not a recipe book, there are some recipes scattered through the text.

The other book is a good bit shorter and also by one of the doctors I had been impressed with on the videos we watched. 21-Day Weight Loss Kickstart: Boost Metabolism, Lower Cholesterol, and Dramatically Improve Your Health, by Neal D. Barnard, M.D. is a how-to book with a lot of good recipes. I’ve already made a few. There are also sample menu plans that you can modify to suit your tastes. I don’t do menu plans but after decades of home cooking I know how to come up with good meals.

Both Dr. Greger and Dr. Barnard, whose books are described above, have good websites. Dr. Greger’s site is https://nutritionfacts.org/ and it has free informative videos on numerous topics. I could spend a lot of time there.

Dr. Barnard’s site is https://www.pcrm.org/ and that is short for Physicians’ Committee for Responsible Medicine, an organization he founded. His blog is on the site. Lots of good things!

Another good one is the Forks over Knives site. Here’s their page titled Plant-Based Primer: The Beginner’s Guide to Starting a Plant-Based Diet.

Questions: What About Soy? And Vitamin B12?

Some time back, I had read that soy products were not good for you. I’d seen claims that Asians mainly ate fermented soy products as opposed to unfermented. Neither of these statements is true, it turns out, and a good bit of the publicity for such ideas was financed by the meat and dairy industries… Marie Oser, an expert on soy for decades, debunks these and other myths.

Vitamin B12 comes up, and properly so. Dr. Greger has a lot about it on his website. Here is his article on the best way to get enough vitamin B12.

What We Are Doing in Our Family

At home I am following the 21-Day method described in Dr. Barnard’s book. Kelly sometimes adds a slice of cheese or a dish of yogurt, but he hasn’t been craving meat. If he does later, our freezer has some that he can cook. I may eventually have a very little meat now and then, mostly if people invite us over for dinner or at potlucks.

When a house guest offered to take us out to dinner, we found a local restaurant that had a nice vegan dish for me and a gluten-free hamburger served on a bed of lettuce instead of a bun for our guest. (If you had been both vegan and gluten-free, you might not have had a choice at that restaurant, but no doubt there are places in our town that I will discover over time. I can eat gluten.) My husband had fish tacos.

But when we decided to share a piece of lemon cheesecake three ways for dessert, I decided there were limits to my dedication. Actually, I went into this knowing that I would be eating “essentially vegan.”  I enjoyed the cheesecake but I happily went back to the way of eating outlined in 21-Day Weight Loss Kickstart after our guest left.

It has been just over a month and I have lost six pounds while eating as much as I want of healthy plant-based foods. I’m fitting into a pair of jeans I hadn’t worn in some time. And the other day, when we were visiting with that house guest, after lunch we continued our conversation in the living room. I was astonished not to be sleepy as normally I would have gone promptly from lunch to a short nap. Hmmm…

Updated: Monday, July 27, 2020
Please note that I may make a commission on things you buy through this site. More info here.