↓
Home→Clothing & Sewing→Flannel Sheets on My Side of the Bed, Regular Cotton on His

I love the warmth of flannel sheets, specially on cold winter nights. My husband doesn’t really like them, though he has tolerated them. Then I had an idea… how about sewing up some sheets that would be flannel on my side of the bed and regular cotton on his side? I did that yesterday, with a bit of help from him, and we are both pleased. Here’s how to do it, step by step. The hardest part is simply being sure that you cut and pin correctly. The sewing is easy.

Update: I discovered that you can buy sheets like this, ready made. That’s great, since far more people would like these than would want to sew them! Do be aware that the expression “split sheets” is also used to mean the situation where the bottom sheet fits on a king bed and there are two top sheets separate from each other. Not what I want!

A set of flannel sheets and a set of regular sheets, both for the same size bed. (Ours is king, but this would be fine on queen or double also, though on a double bed there wouldn’t be much room to be on your favorite kind of sheet.) 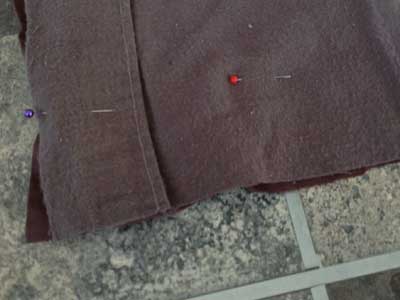 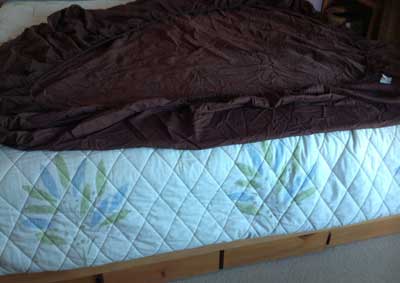 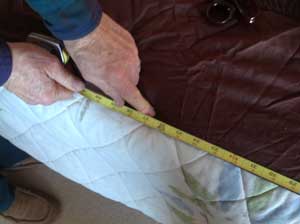 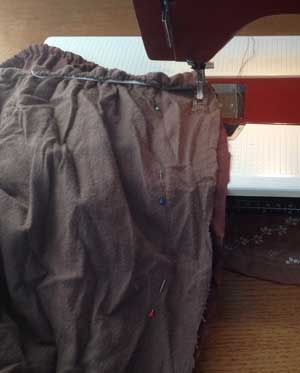 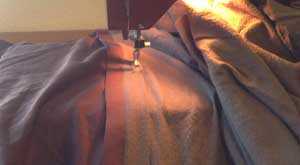 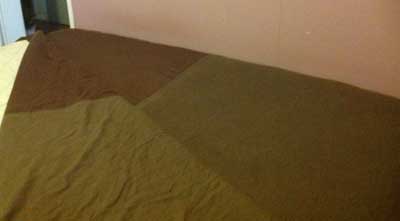 I am surprised that split  sheet sets like this aren’t widely available.