But even more important, I sure think I have found a way of eating that will work for me from now on. It solves a lot of problems that I have had with food for a long time.

An online friend posted before-and-after photos of himself after eating in this way since last spring. Those sure caught my attention! I read his comments, and immediately went to Amazon and bought a couple of books.

I happened to already know that humanity became less healthy when we shifted from hunter-gatherers to agriculturalists. My husband reads constantly on the subject of early humanity, and this is well-documented fact.

What I just found out is that there is a whole movement based on eating in a way that reflects how hunter-gatherers ate. Note I said “reflects,” as it isn’t exactly the same for sure.

The key seems to be that grains have not really been all that great for people. I know that they haven’t been for me.

So the two books I got spell out the theory and the practical how-to information. Here is the one I am using as a guide, The Primal Blueprint by Mark Sisson. It’s pretty radically different, but I am giving it a go. More later!

Click on the image to find out more at Amazon: 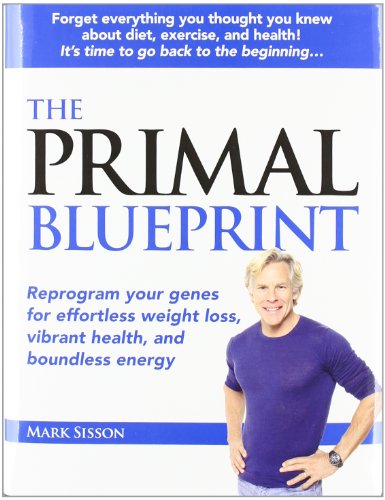