When I was in college, I spent a summer on a work camp in Moyamba, Sierra Leone. It was through a program called Crossroads Africa. About a dozen American and Canadian college students joined forces with young Africans to start construction on a high school.

As we worked together, we shared stories of our lives. I remember how joyous the young Africans were. I loved dancing on the weekends, at large get-togethers with everyone from toddlers to grandparents dancing together.

As a result of that experience, I went to graduate school in applied anthropology, hoping to make a difference in development in third world countries. Life took different turns, though, and I never returned to Sierra Leone. I stayed in touch with one of my African friends, Isa Johnston of Freetown, and even got together with her a few years later when we both were in England at the same time. I have since lost contact with her.

The joyousness and kindness of the people I met in Sierra Leone has stayed with me all these years, and when the country was engulfed in civil war for over a decade, I grieved. When the war ended, I rejoiced, but I haven’t really kept up that much with news there.

Yesterday in a nearby public library I picked up a book titled A Man from Another Land: How Finding My Roots Changed My Life and got totally engrossed in it. It’s by American actor Isaiah Washington, who discovered through a DNA test that he was 99.9% Sierra Leonean on his mother’s side, of the Mende and Temne peoples. I had worked among the Mende. His discovery led him to start a foundation and to do everything he could to help the people there.

His descriptions of the poverty he encountered in Sierra Leone portrayed things as being far worse than when I was there in 1963. I was in tears at several points in the book and yet there was also much joy in the tales. 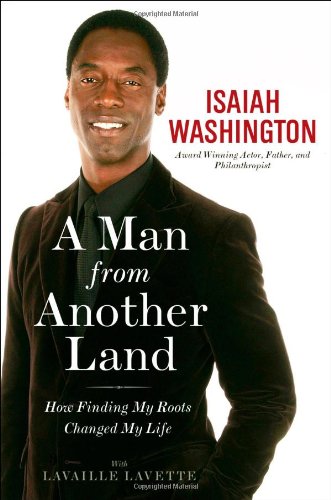