When we left Colorado for the winter in November, I wondered if I would miss the beauty of snow. I shouldn’t have worried.

We’ve had some snow here in southern New Mexico, and this week we had a really good storm. It was more of a challenge, too, as we were camped on our land not far from Rockhound State Park.

We couldn’t go back to the park, with its electric hookups, as we had used up our two weeks there recently and needed to be out for six days. We could have driven to Poncho Villa State Park about half an hour away in Columbus, but the weather advisories suggested staying off the roads. We just hunkered down in The Cabin (as we call our motorhome) and found things to do that took little electricity, since our solar panels weren’t creating a lot. We were pretty sure we had enough propane to stay warm, and we did.

The storm began with winds in the night. The rig shook… It has a kind of “Rock a Bye Baby” quality when that happens. Kelly got up first in the morning, looked out a window, and was surprised that we already had an accumulation of snow. It was blowing horizontally, coming from the east.

By afternoon, the snow abated enough that we could see the nearby Florida Mountains:

and I went out for this photo: 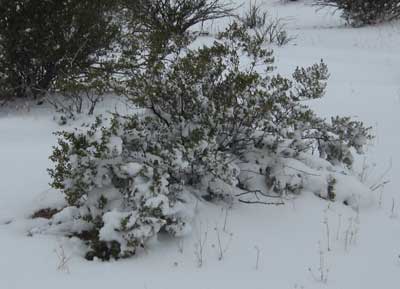 Kelly did take the dogs out for a quick run in the morning, but for hours after that, they stayed close to our propane heater, not caring that we had trouble climbing over them: 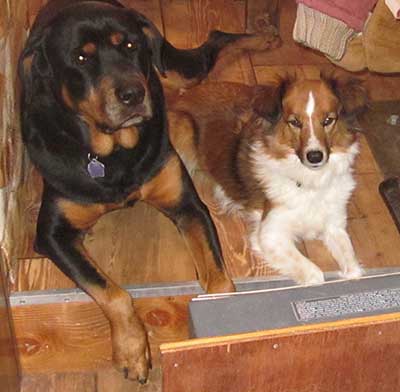 We really don’t know if we will ever do much on this land, but we entertained ourselves by thinking of making a rock bench, facing the mountains of course! There’s a lot of jasper around, and we could use some of that for decoration with larger rocks providing most of the bulk.

We used much less internet that day, but we read books and puttered. By late afternoon, the skies were clearing and there was little wind. Our blizzard day was over.

The next morning, there was frost on the creosote bushes that dot our property: 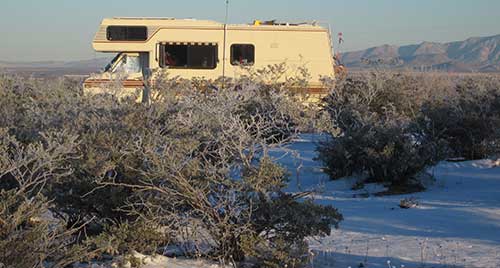 and even on the dried flowers we see everywhere: 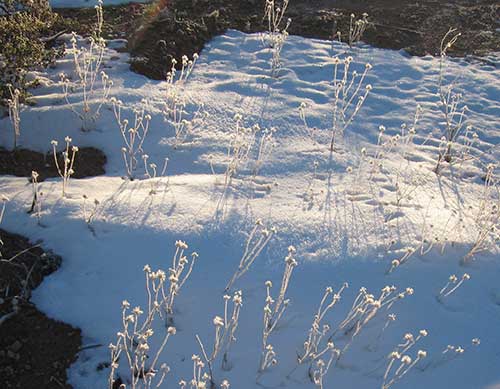 We went into Deming for propane, groceries, and Chinese takeouts. There was hardly any snow in town, but there had been during the storm. The kids had even had a day off from school!