Is cooking with olive oil good or bad for your health? And do you know about the scandals related to the best kind, EVOO or extra-virgin olive oil? I started this article to research the benefits and possible drawbacks of olive oil and soon got caught up in scandal as well. I’m happy to be able to tell you that cooking with olive oil is good and healthy, provided you follow the few simple tips outlined below.

I once lived for a year in Nerja, a seaside village in southern Spain with olive orchards around it. A favorite snack was olive oil drizzled over fresh bread bought from one of the local bakeries. Heavenly! Nowadays I cook with the oil daily, making my own salad dressings and using a bit in stir-fried veggies and other dishes.

Want just my buying suggestions and never mind all the other stuff? Just click on the last item here in the contents… 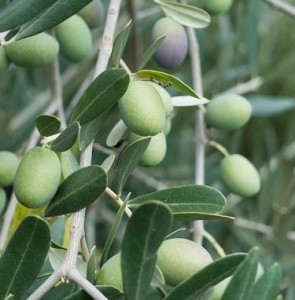 I always buy the kind of olive oil called extra virgin, and I highly recommend this to you as well.  This term means that the olives were picked from the trees and crushed, with no chemicals used in the process.  Extra virgin costs more than the kinds that don’t use that term.

If the bottle says cold-pressed, that means no heat was used in the process, so much the better. And organic is what it says.

So get extra virgin, cold-pressed olive oil, organic if possible. Specific recommendations are further down this page.

I didn’t realize that there was a scandal going on about EVOO. Evidently it is quite frequently adulterated with refined olive oils or even other oils.  A writer named Tom Mueller uncovered this story and wrote an article in the New Yorker about it several years ago. That led to his writing a best-selling book, Extra Virginity: The Sublime and Scandalous World of Olive Oil. That’s an Amazon link and if you use the “Read inside the book” feature, you can see a lot of good illustrations of the early history of people using olive oil. Interesting.

Cooking oils and fats can be damaged at the temperature where they begin to smoke or even before that. The actual temperature is different from one type of oil to another and there is also a range of temperatures for any given oil. For extra virgin olive oil, the range begins around 375 degrees F.

If a cooking oil does become damaged, it can produce carcinogenic chemicals. You can be affected by those from eating the food cooked in the damaged oil or even by being in the kitchen with the fumes.

You’ve probably heard of saturated, monounsaturated, and polyunsaturated fatty acids. I’ll cut to the chase here and say that monounsaturated fats are the most stable when heated and that’s the kind that olive oil contains. Some scientific tests have been done, cooking extra virgin olive oil for up to 36 hours and discovering little degradation in the oil.

So yes, cook safely with olive oil. If you believe otherwise from what you read online, see my research sources…

Four Sources of My Research

As a librarian by background, when I get going on research I tend to read and read. Here are four of the places I found most useful.

Some other writers advocated using canola oil, but I dropped that out of my kitchen years ago. It is mostly GMO, or genetically modified, and the way the rapeseed plant from which it comes has to be processed involves very high heats and a complex chemical process. No thanks. When I want a flavorless oil, I use walnut oil.

Tips for Cooking with Olive Oil 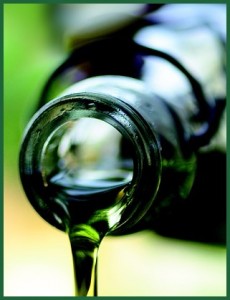 . This changes every hour, but it’s a good place to start. You can pretty much see which oils are extra-virgin and organic, though you may have to click through to see if they are cold-pressed. Some of the more low-cost ones might be blended with cheaper oils .. there was a list of brands that had done that, a few years ago based on research done at the Olive Center at the University of California at Davis, but it is no longer on their site. Really, since there is a new harvest every year. your best bet will be readers’ reviews regarding flavors and quality.

From the websurfing I did, here are three organic extra-virgin olive oils I plan to try soon:

The Kirkland Signature Organic Extra Virgin Olive Oil 2L (2QT 3.6 fl. oz) is widely discussed online. It’s the house brand of Costco, but unlike some other big chain house brands, Costco is known to take care with theirs. I went to their site while I was working on this article and they didn’t have it in stock even though Amazon did. That’s a characteristic of seasonal harvests for items in demand!

A lot of people like this one from California Olive Ranch. It does cost quite a bit more, but I am curious to compare it with the one above.

So cooking with extra-virgin olive oil is still a very worthwhile habit!