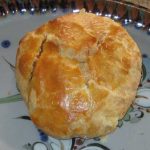 Recently some friends served brie baked in puff pastry with fig jam and pecans. Rich, you bet, but even a small bite was quite a lovely blend of flavors! I had to try making it myself. I got directions and it was really very simple. You can make puff pastry from scratch, but my friend and I used a frozen one. You just sprinkle a little flour on a clean counter and then roll out the pastry. I don’t have a rolling pin anymore but a quart canning jar worked fine. I spread the dough out to not quite a foot square.

Next, you put a generous serving of jam in a circle in the middle of the dough. My husband had just made some homemade mango jam in our Zujiroshi bread machine, so I used that. I had some slivered almonds that I had roasted, so I sprinkled them on too. The circle these were in was roughly the size of the round of Brie I’d bought.

So the next step was to unwrap the Brie and position it over the jam and nuts. Then I wrapped the dough up and around the cheese, and flipped the whole thing over and onto a baking sheet. Then I brushed beaten egg with a spoon of water in it , specially around the seams. My dogs got the leftover egg.

I baked it in our countertop oven for 40 minutes at 375, until it was the golden brown you see here. The hardest part of the process was waiting a few minutes for it to cool! Right from the oven, that cheese could have burned a tongue but it was still nicely warm after a short wait.

Our friend served his with crackers around the plate, so I did the same, but on both occasions the baked brie was way more popular than the nice crackers! 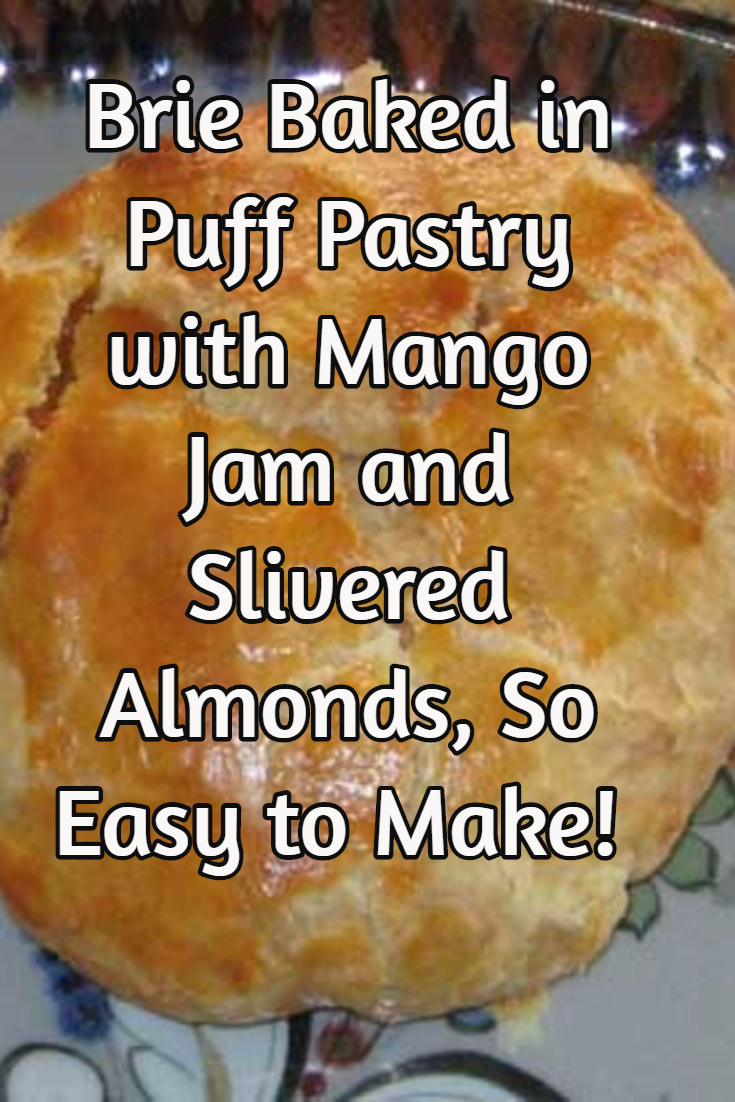 Updated: Tuesday, January 10, 2017
Please note that I may make a commission on things you buy through this site. More info here.