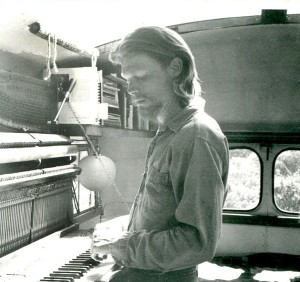 Well, now, many years later, we have actually lived in houses much of the time, but Kelly has recently written a book called Rolling Shelter: Vehicles We Have Called Home. It’s available at Amazon, by clicking on the title or on the book cover below. It’s both a paperback and a Kindle ebook. 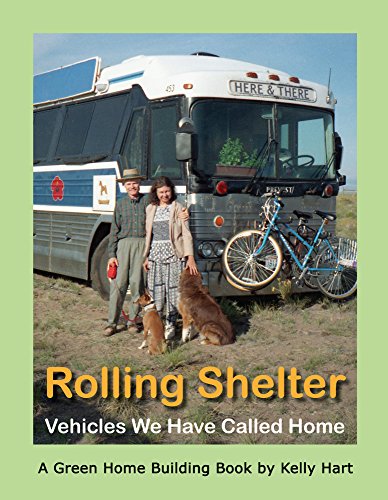 The book could give you a lot of ideas for living in vehicles, as it covers buses, a couple of little RVs, even a Volvo station wagon that we slept out of one summer all over British Columbia! Kelly is particularly detailed about the bus conversion he did. Here are some more pictures, starting with me cooking on the cute little antique gas stove we had in that first bus: 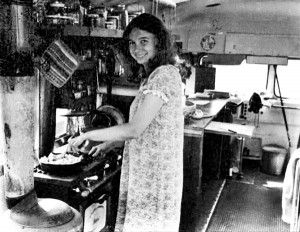 We were in our late 20s then. That first bus didn’t drive around, and then a few years later we moved outside of Ashland, Oregon, onto 70 acres where we developed a llama ranch. We made a very economical home by building a large roof over two old single-wide travel trailers: 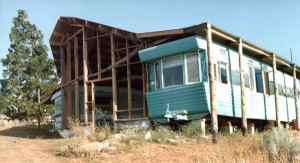 Skipping over some history, some time later we got a Toyota Dolphin from the 1980s and did a lot of traveling in it. We sold it and later bought another one very similar. These are classic for their excellent floor plans, mileage, and versatility, though not for their speed! In fact, we called this one “the tortuga,” which means turtle in Spanish. 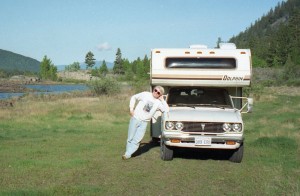 We called the one we got later “Can Do,” and took it to many parts of Mexico: 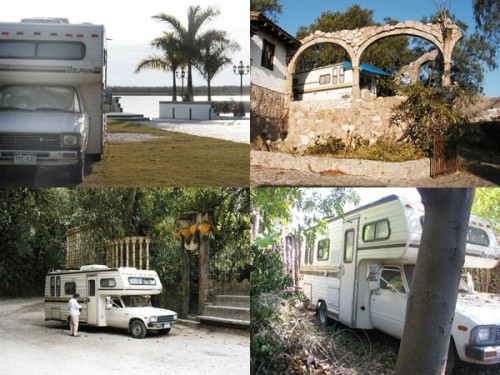 In between the two Dolphins, we had a huge bus that we lived in for a long time. I remember thinking that we might live in it for many years, but other adventures called so we just had it for several years. 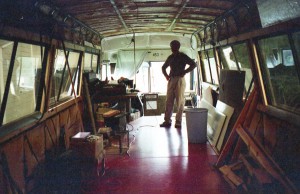 It was an old Gray Line Hawaii bus, and we traded the seats first thing. Above, Kelly set it up as a workspace for the many months that it took him to remodel the thing. Below, it’s finished: 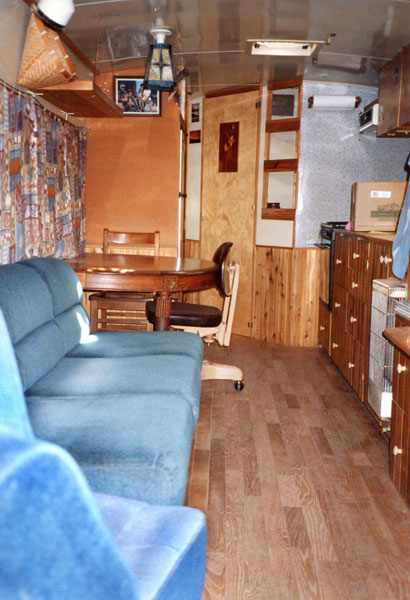 It was great fun… we had two dogs with us during those years. Below, we were parked in a rest area someplace for lunch and made friends with the people in another bus conversion nearby.

By the way, Rolling Shelter has over a hundred photos. You can read part of it and see more of the photos using the “Look inside the book” feature at Amazon.